Book the Many Faces of Japan

Create your own review 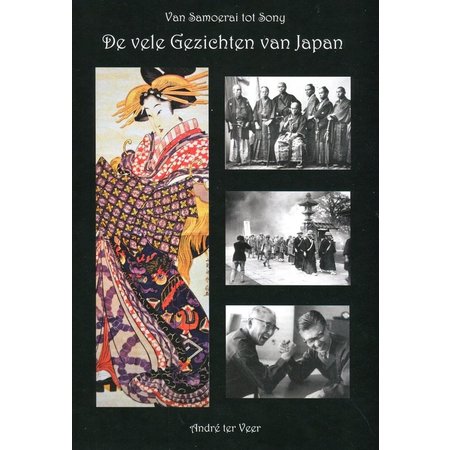 The Many Faces of Japan

Nowhere in Asia is the oriental smile more mysterious than in Japan. It is a country with a very courteous and friendly population, but which you never fully penetrate as an outsider. If you want to understand a little more about that friendly exterior of Japan, it would be well to look to the past. That past is dominated by combative samurai who ruled the country for hundreds of years, hermetically closing the country off from the outside world. Until 150 years ago, Matthew Perry's Black Ships reached the city of Edo. After that, the country changed rapidly. But it also remained traditional, unique… and misunderstood. That applies to this day.

Tradition and modernity provide contrasts. The beauty, order and tranquility of Japan are legendary, but come with a past where samurai attacked each other with flashing sharp swords and in which much of China and SE Asia was overrun. Japan is characterized by these kinds of contrasts, the question is how we can understand that country in any way. The serenity of Zen monasteries is interspersed with high-speed trains that arrive and depart on time, stopping precisely at the right place to the millimeter. State-of-the-art buildings and technology alternate with ancient temples and castles. Old and new go hand in hand harmoniously. But not everything is as it seems. Behind the smile and the apparent harmony there is unrest. Preserving the uniqueness of Japan is no longer a matter of course. More than ever, the question arises of what it means to be Japanese. How can the age-old norms, values and customs be combined with a modern society in which time is money and a calculating economy becomes the measure of all things? More than 700 years ago, Marco Polo traveled from Italy to distant China, where he entered the service of the Mongol ruler Kublai Khan. There he learned that even further away, beyond the ends of civilization, was a mysterious land: Zippango. This is the story of that mysterious land. This is the story The Many Faces of Japan.

The book The Many Faces of Japan. is the second major publication of the Arts in Motion Foundation in collaboration with MakotoPress. In 2017 the book Karate in the Netherlands (350 p.) was published. A third publication on the origins of karate in Okinawa and Japan is planned for 2022.

All rights reserved by InStijl Media

By using our website, you agree to the use of cookies. These cookies help us understand how customers arrive at and use our site and help us make improvements. Hide this message More on cookies »